Posted by Admin on Saturday, April 06, 2013
Here's a look at some of the other Hunger Games related news items this week: 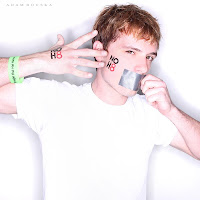