Posted by Admin on Thursday, July 18, 2013
UPDATE: MTV have confirmed that a 15 minute interview will be held on their SDCC livestream from 6:30pm PT! The interview will be hosted by Josh Horowitz. No word on exactly who will be interviewed. Tune in tomorrow: comic-con.mtv.com.

Comic-Con is here! Proceedings are just kicking off now in San Diego for the 2013 convention.

The panel Q+A and trailer debut is still set to take place in Hall H on Saturday at 1:35 PDT. For full attendees and more details, see our previous post here.

Below are some pics of Lionsgate's booth (#4029 B) seen on preview night. Check out the awesome new Victors' symbol t-shirts worn by the Lionsgate crew, and also the brand new mockingjay pin and posters being handed out! : 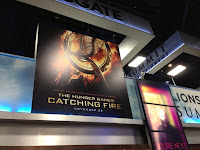 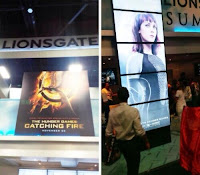 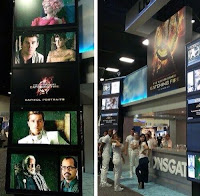 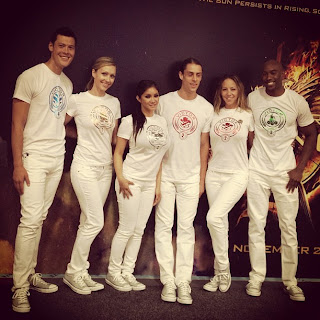 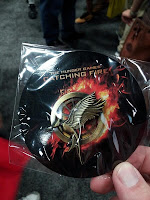 The Hunger Games Adventures crew also have a separate booth at the convention, and they're giving away custom iPads! 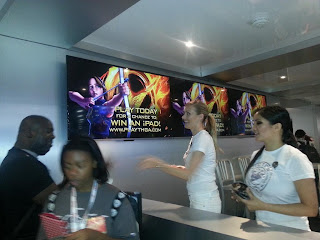 We'll continue to update this post and our social media feeds with all the latest news, updates and pictures from #CatchingFireComicCon.. Stay tuned!

More updates after the jump.. 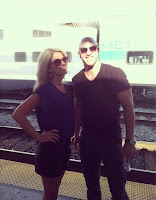 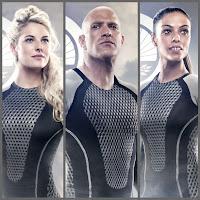 The exclusive Catching Fire mockingjay pin handout was scheduled for 11am PT, but unfortunately the Lionsgate booth had to be shut down due to the very large crowd that formed. 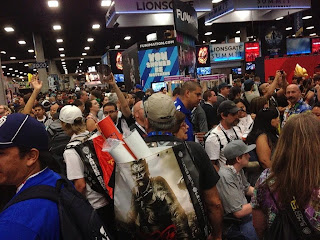 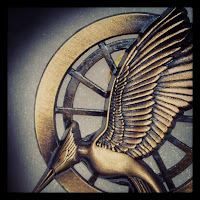 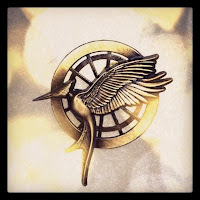