Posted by Admin on Sunday, July 28, 2013
This new photo portrait of Peeta has surfaced online! Originally believed to be a very good edit, it was later confirmed to be genuine by the original poster on Tumblr. 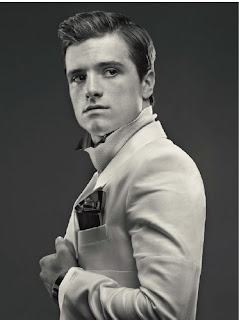 The source is a magazine article on Scribd, featuring an interview with Lionsgate's chief marketing officer Tim Palen.

Many thanks to Josholatras!
Posted by Admin on Sunday, July 28, 2013 0 comments