Posted by Admin on Saturday, August 17, 2013
CapitolCouture.pn revealed two very stylish new ads - one for some "futuristic eyewear", and another for Cinna's new fragrance "L’Essence d’un Champion". The ads were also spotted on actual billboards in New York and Los Angeles! Check out the ads below: 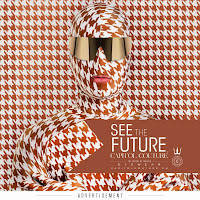 In addition to this, CapitolCouture.pn are also featuring the 11 previously released victors' portraits in their "Game Faces" series, with some Capitol style analysis. Check out Katniss' and Gloss' features, and stay tuned for more in the series! 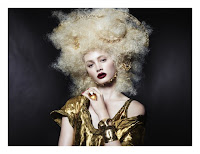 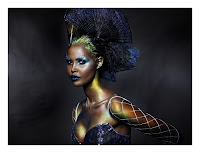 CoverGirl's Catching Fire inspired makeup range will be released on October 1st, and will include "Panem-inspired nail polish, nail decals, mascara, lip gloss, and more" said to have been used on set in the making of the film!
Posted by Admin on Saturday, August 17, 2013 0 comments