Posted by Admin on Saturday, August 17, 2013
See below for a roundup of some recent interviews with Jena Malone, Lenny Kravitz and Liam Hemsworth talking about Catching Fire (click on the links to see the full articles): 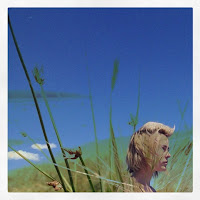 "Your role in The Hunger Games sounds physically tough. How did you get ready for the part?

"Luckily, I did [an action] film called Sucker Punch a few years ago, which taught me what I could achieve in a gym. I lifted 235 pounds in preparation for that movie and my whole body transformed. The same stunt team—they’re called 87Eleven—got me in shape for The Hunger Games: Catching Fire. We focused on martial arts–type training for the role of Johanna, which helped with stamina and endurance. I also did strength training with Patrick Murphy, who is kind of like a body sculptor. I trained five days a week for two months before we started filming, and then I kept it up during the months of shooting.""


"Did you have more confidence going into "Catching Fire," since this was your second "Hunger Games"?

"Well, it was really fun. It was like going back to summer camp a second year and seeing all your friends again. The cast, we really have a great chemistry together -- we really dig each other. We have a new director, Francis Lawrence, so there's an unknown there. But from the first day, it was great. He took charge and was wonderful to work with. We had a lot of fun, as we did on the first one. I am looking forward to seeing it myself.""

Check out video interviews with Liam Hemsworth after the jump: