Posted by Admin on Tuesday, August 20, 2013
Sam Claflin has given a great two page interview with ELLE magazine, talking about his character Finnick and Catching Fire. Check out some highlights below, and click here to read the full article.


"ELLE: Hello, Sam! Let’s get to it. You’ve said in previous interviews that when you went in for your first Catching Fire audition, you didn’t know what the role was for. How could that be? 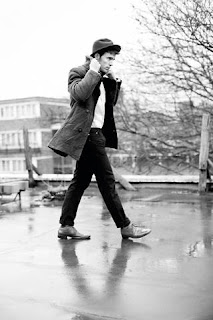 Sam Claflin: I was sent over a script and there was no title to what I was reading. It was just two scenes with a character called “Finnick” and a mini-character breakdown. I started reading the scene and saw the name Katniss, and I’d just recently seen The Hunger Games, so I thought, “OK, is this a connection?” But I didn’t know it was a trilogy. I just thought it was a one-time film. So I typed Finnick Odair” into Google an all these book and fan pages came up and I was kind of like, “whoa.” So I just went through all of it and did as much research as I could the night before."

"ELLE: Have you seen any early footage of the film?

ELLE: How does it look?

SC: All I can say is that people are going to be blown away. Frances has such an amazing and vivid vision that’s created a whole new depth to a world that’s already basically been created. Add to that the cast: a recent Oscar winner fronting the car; Philip Seymour Hoffman as a new member."

Thanks to The Hob for the tip!
Posted by Admin on Tuesday, August 20, 2013
Newer Post Older Post