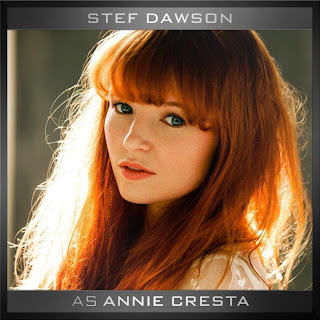 
What do you think of Stef as Annie? Be sure to follow her on Twitter and give Stef a warm welcome!

Read the full press release from Lionsgate after the jump:

A native of Australia’s capital city, Canberra, Dawson is known for her work on television as well as numerous independent films including the recent thriller WRATH.
Dawson is represented in the U.S. by Armada Partners for management and Chad Christopher at SMGSB; and in Australia by Rowena Mohr at BMEG.


About The Hunger Games: Mockingjay Parts 1 & 2:


Directed by Francis Lawrence and based on the novel “Mockingjay” by Suzanne Collins, THE HUNGER GAMES: MOCKINGJAY PARTS 1 & 2 make up the third and fourth installments of heroine Katniss Everdeen’s (Jennifer Lawrence) journey as she leads the districts of Panem in a rebellion against the tyrannical and corrupt Capitol. As the war that will determine the fate of Panem escalates, Katniss must decipher for herself who she can trust and what needs to be done, with everything she cares for in the balance.