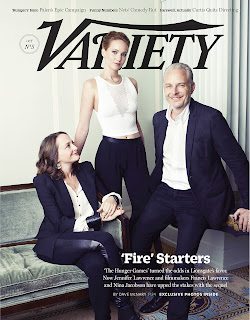 Included in the issue are a bunch of really cool new and exclusive Catching Fire character images, as well as a photoshoot and interview quotes with Jennifer, Francis and Nina Jacobson.

“She’s not a diva — she’s the anti-diva,” she says of Lawrence. “One of my favorite moments is where she has the wedding dress on for the interview (scene) in ‘Catching Fire.’ It’s a big cumbersome dress, and she fell down, so we played that over and over on the monitors. There’s such a lack of pretense with Jen; she’s more than happy to laugh at herself.” 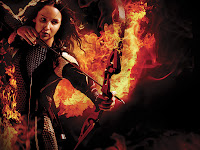