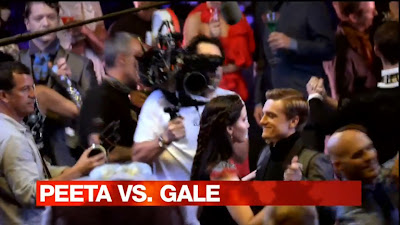 Also included was a lot of really cool behind the scenes footage from the filming of the movie. Included are looks at the party at Snow's mansion, the training centre and the District 12 reaping.

Those of you sensitive to spoilers may not want to watch some of the scenes shown below, so viewer discretion is advised:

Many thanks to lurkinginthecorner for the HD material!
Posted by Admin on Saturday, November 09, 2013 0 comments