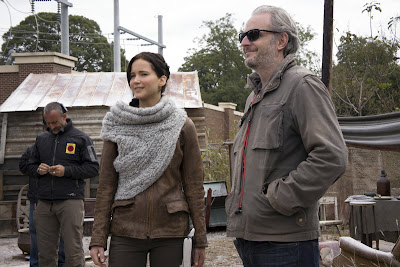 
“I really liked the book, and I really wanted to make the book. I didn’t want to reinvent,” he said. “There is always some true adaptation to be done when you are distilling a 400-page book to a two-hour movie, but I think everybody will be really excited.” 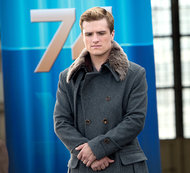 “This time around we made Peeta’s character much more masculine,” Ms. Summerville said. She laughed as she recounted meeting Josh Hutcherson, the actor who plays him, and saw how athletic he was.

“I was like, ‘We have to dude you up.' ” Using jackets and more structured pieces that amped up his already muscular physique, she accentuated his rapid maturation between the first and second films, and hinted at the emotional and sexual allure that drew Katniss to him initially. Ms. Summerville used a lot of subdued greens in Peeta’s wardrobe “because Katniss’s favorite color is green,” she said, “so subliminally, he’s always trying to woo her.”