The idea was to do a sharp, biting and hilarious satire of Catching Fire that our readers would enjoy. In the end, we weren’t successful in carrying that idea out, but we had the best of intentions and that should really count for something! As far as the timing goes, we were careful that the spoof would appear after the movie came out. We considered releasing the spoof several years ago, but the movie hadn’t been made yet – and in fact, Jennifer Lawrence was still in middle school –  so we decided to bide our time.


Check out the hilarious spread below (click to enlarge): 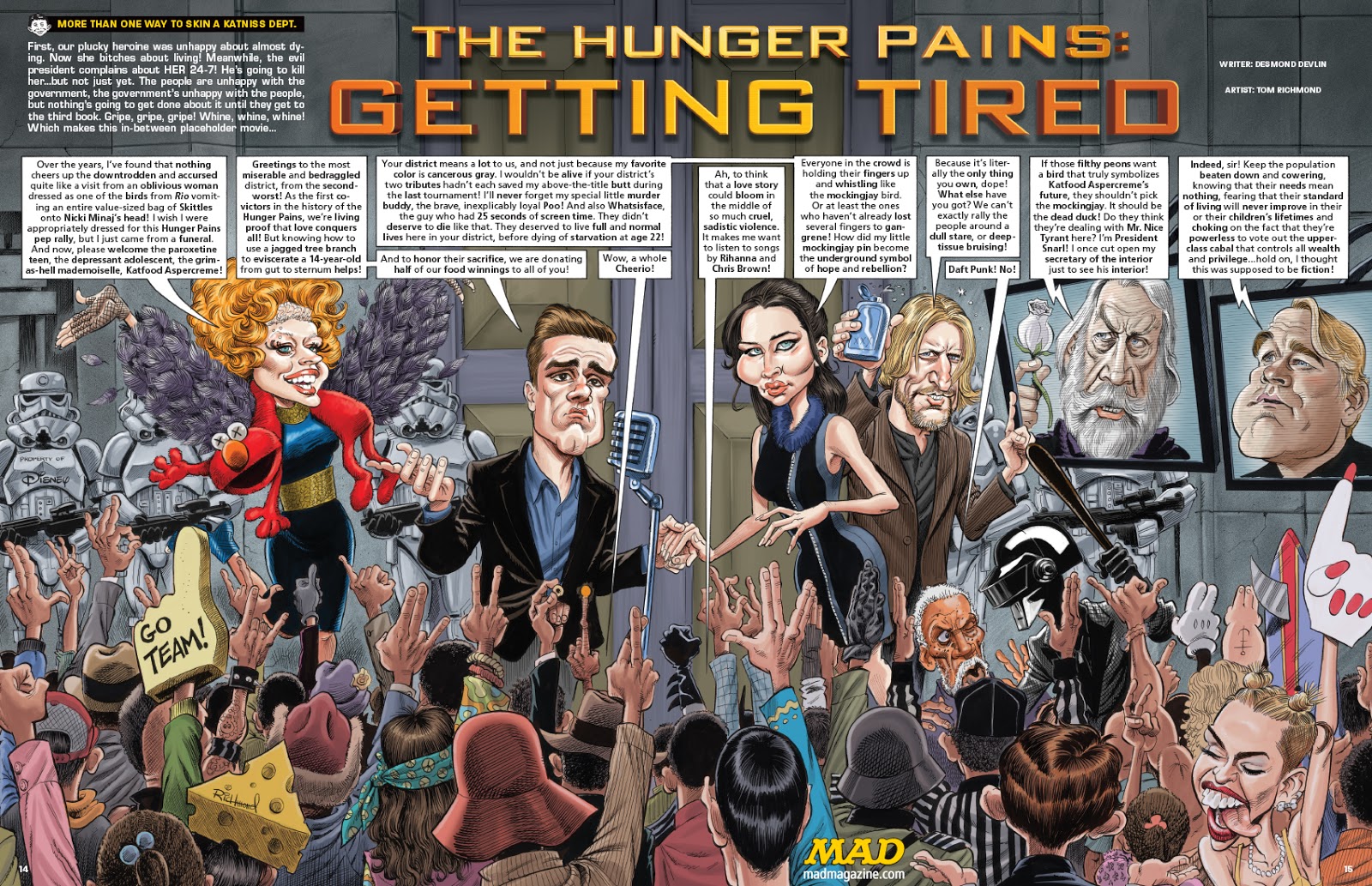