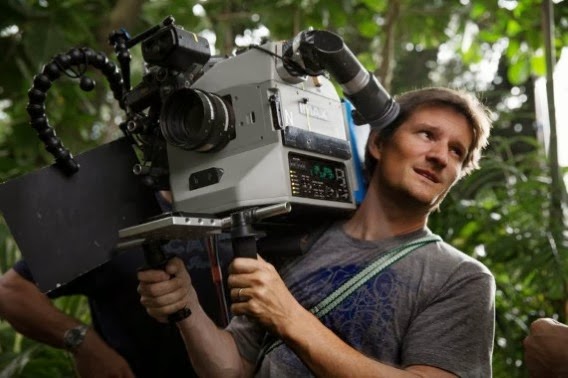 Flickering Myth have posted an exclusive interview with visual supervisor Janek Sirrs, and a few other members of the Catching Fire VFX team.

Check out quotes from the interview and some brand new/upgraded quality stills below:

“One of the primary goals of Catching Fire [2013] was to expand upon the scope seen in the original movie, not just in terms of the visual effects, but also across every other department from production design to wardrobe,” explains Janek Sirrs. “That meant we weren’t slave to anything from The Hunger Games as such, and could start with a bit of a blank slate.  The only thing we really inherited was some of the designs, such as the Avenue of the Tributes, but even then we rebuilt and expanded the scale to make things visually more impressive.  Compared to Catching Fire, the original Hunger Games visual effects were more limited in terms of budget and schedule.  Within reason, you only get what you can afford to pay for, so with more funds available this time around we could create a ‘bigger’ picture.”  Sirrs notes, “Francis is a very visual director, probably as a result of his earlier music video experience; the key thing for him was having the visual effects, and the movie as a whole, visually tie in with the Katniss’ character.    The whole film is almost always shot from Katniss’ perspective so that the audience can see what she sees, and experience what she experiences.   That was always the mandate for how Francis wanted the visual effects shots to function.  It was also important to Francis that the shots were as naturalistic as possible, to tie in with the feel of the rest of the movie.  Some fantastic things do happen, but hopefully we conveyed them in a manner that was more plausible, rather than stylized or extreme.”

“Victor’s Village was essentially a fairly straightforward 3D matte painting environment,” states Sirrs.  “On location, Phil Messina designed and built just the archway gate, the ground floors of two houses, and the pathways connecting all of these together.   Upper floors and the other 10 complete houses were all added digitally, referencing textures and details from the practical pieces.  The location was in a spot that was fairly exposed to the elements – blazing heat one day and freezing the next.  High winds also proceeded to decimate the blue screens that we tried to erect just to make things more entertaining.  Additionally, we were striving for the sequence to have a cold winter feel, with soft indirect light.   This meant a few days of frenzied shooting just as the sun was coming up, and going down, to grab all the wide shots with as few hard shadows as possible.  The robotic cameras seen in the interview moment were based on motion controls with some custom flourishes added by Phil.”

The Tribute Parade was an area of concern.  “This was one sequence that we definitely wanted improve upon from the previous movie,” remarks Janek Sirrs.  “We adopted the tactic of always shooting the actors on real horse-drawn chariots, out in real daylight, no matter what framing whether it was wide or close.   That was the way we could guarantee always preserving the inherent ‘chariot-i-ness’ of the motion, and naturalistic lighting [as opposed to shooting jiggling static chariots in front of green screen, and simulated daylight which always looks fake].   The downside, for construction as least, was a big green screen setup, but at least it meant the footage would feel authentic.  We didn’t have a clear idea about how the burning outfits should appear before we shot the sequence.  Ultimately, we took our inspiration from the ornate patterns on the costumes themselves that we imagined as radiant hot metal elements. We added licks of gas-like orange flames, flying embers, and a hint of dirty smoke to complete the look.”

“The Capitol train was a carry over from the first movie, so the core design work had already been completed,” explains Janek Sirrs.  “However, Francis wanted to use the Victory Tour journey to expand what we see of Panem.   Not just in terms of the Districts where the train stops, but also sense of seeing more landscape outside the windows.  In the existing carriages, the windows are actually quite small and don’t lend themselves to showing passing landscape, so a rear observation car was added.   The design was based upon an art deco looking real observation car.  All graceful, sweeping compound curves that undoubtedly drove the construction department nuts!"

For the training room a practical set was built.  “The template for the Archery Sequence was created by having Katniss pretend shoot at stunt performers [and myself], with numbers clearly marked on our chests and stationed around the set until she had the shooting sequence memorized.  We filmed Katniss in the empty set, calling out numbers for the [imaginary] targets to shoot at.  Virtual targets and sweeping lasers were obviously added later in post, and the target deaths were all short pieces of motion capture performance.  Animating the lasers took several iterations as we also had to create motivation for Katniss to turn and look behind her at the next target, plus telegraph the same thing to the audience.”

“The hardest part about the dome destruction was probably deciding how the dome itself was constructed [so that we could subsequently destroy it],” notes Janek Sirrs.   “It obviously had to have some sort of superstructure, but then also must be lined on interior with a hi-tech projection system that creates the Arena skies, mountains, and perimeter jungle seen during the games.  The outer superstructure was based upon the type of girder roofs you might see at a modern Olympic station, while the projection panels were influenced by the look of a 9-light lighting unit with their Fresnel lenses.  Once built it was just (!) a question of running some simulations to get some convincing break-apart action.  But then any falling debris from the dome also had interaction with trees and bushes on its way down which of course meant building more digital foliage, and simulating their interaction as well.”

I thoroughly recommend reading the full article. The details are awesomely lengthy and technical! 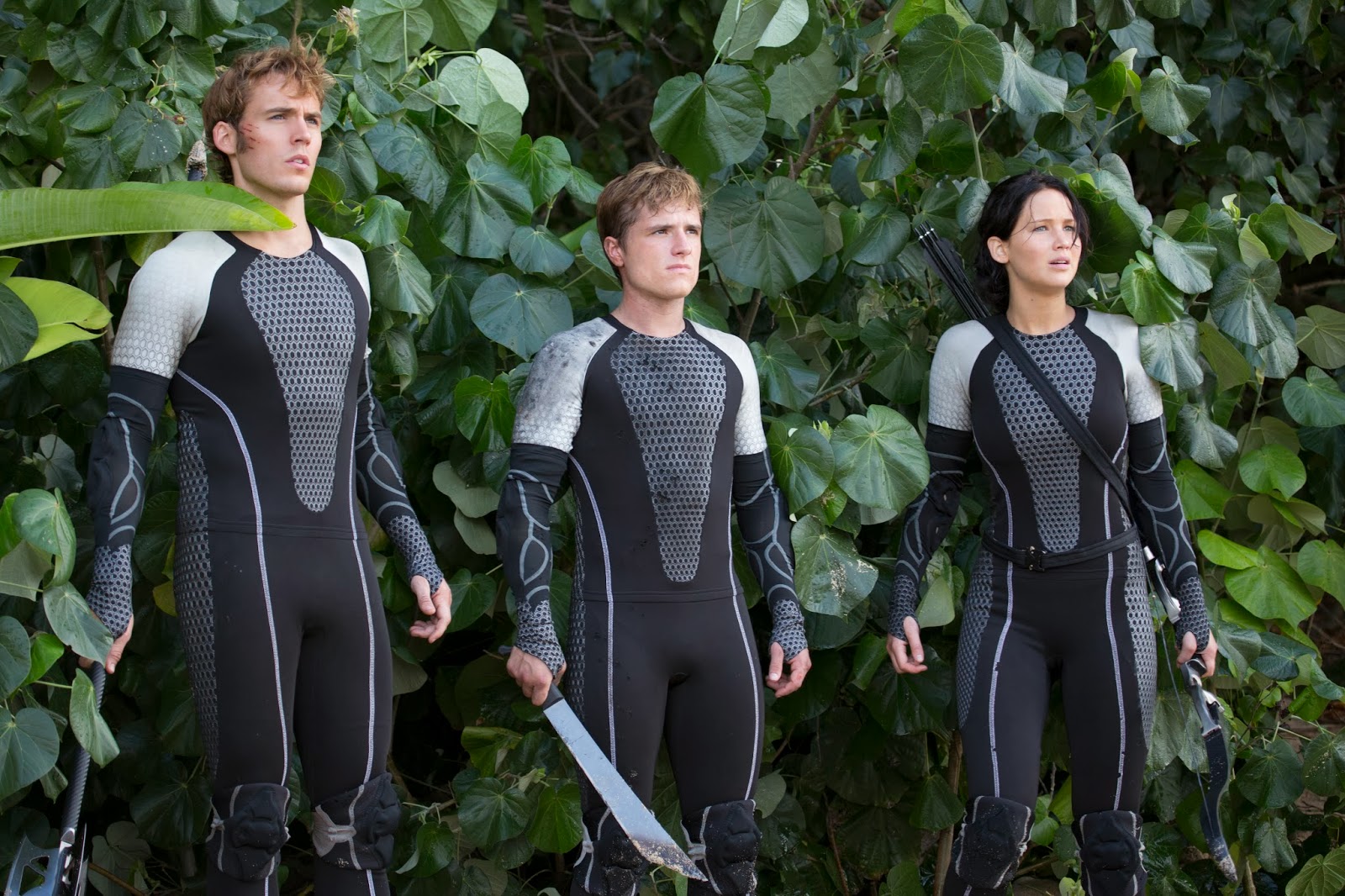 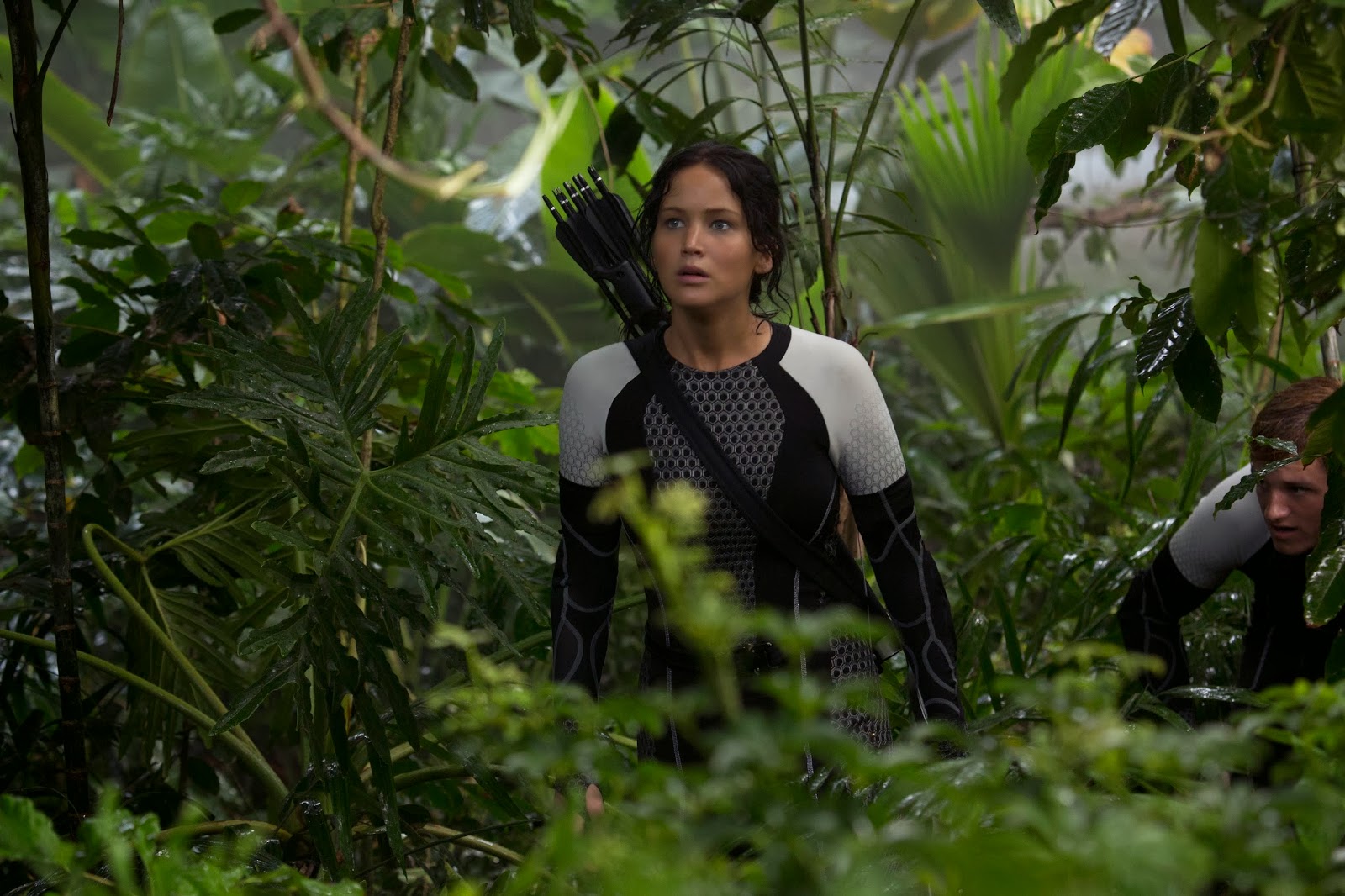 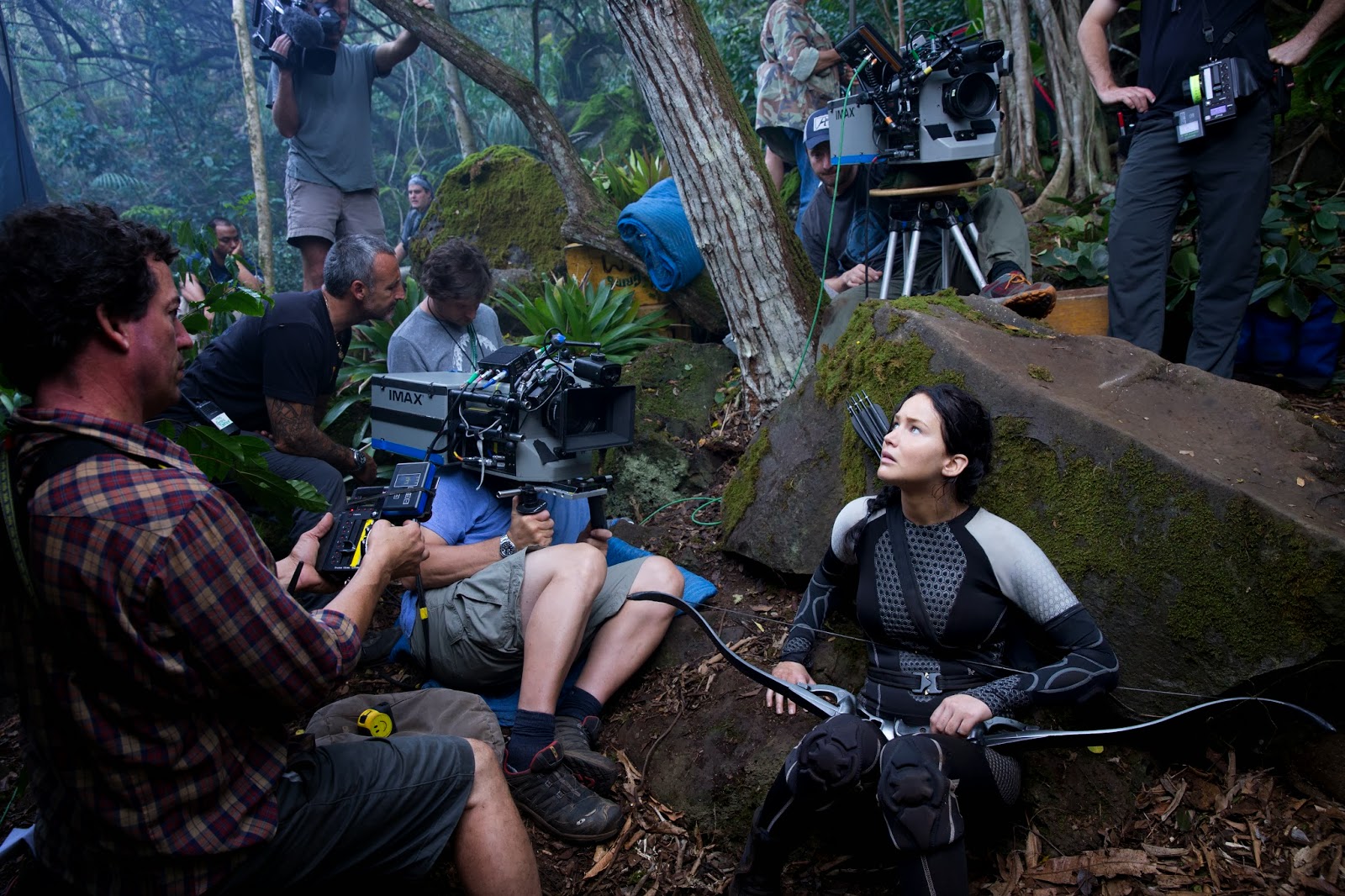 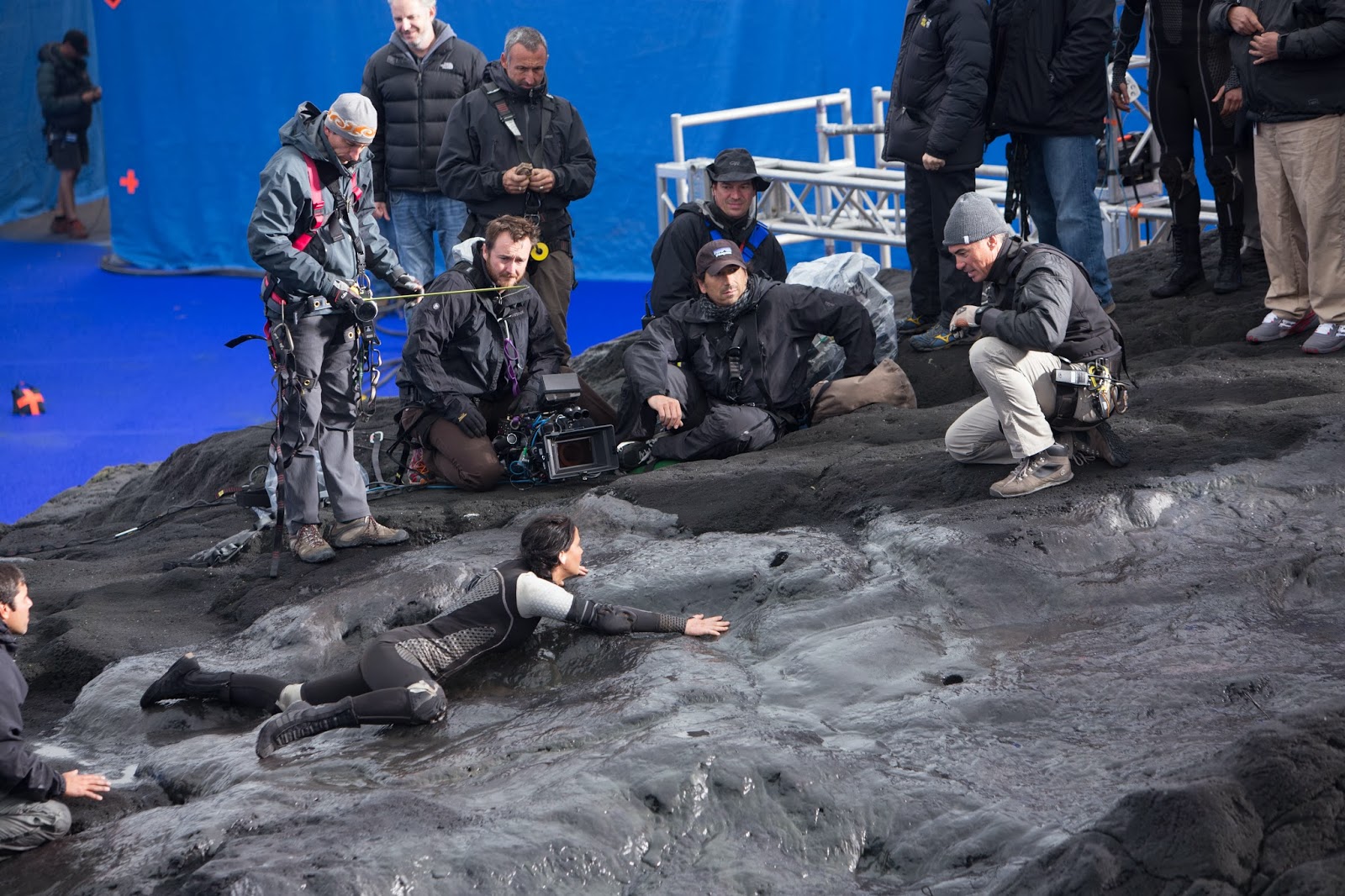 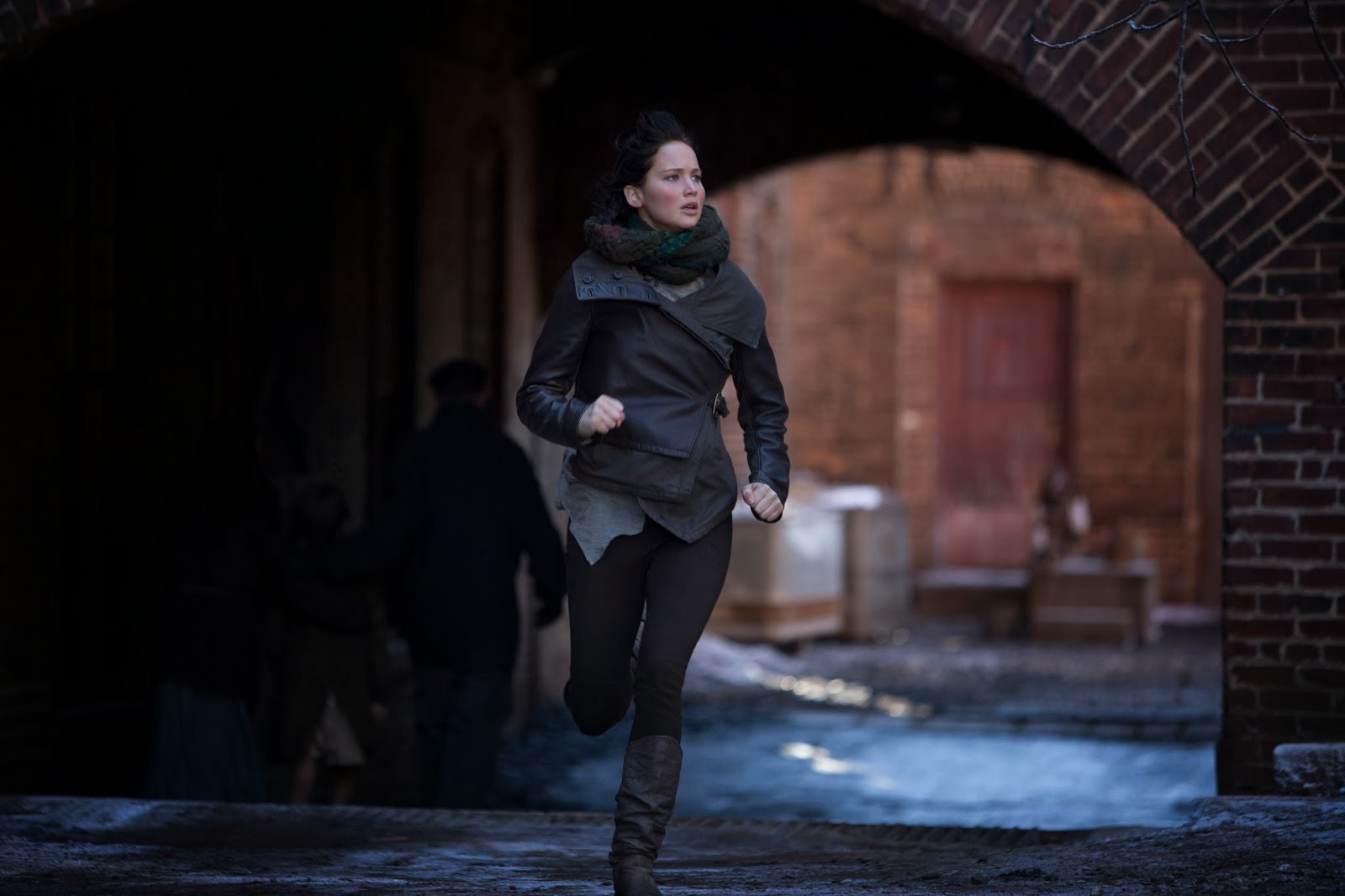