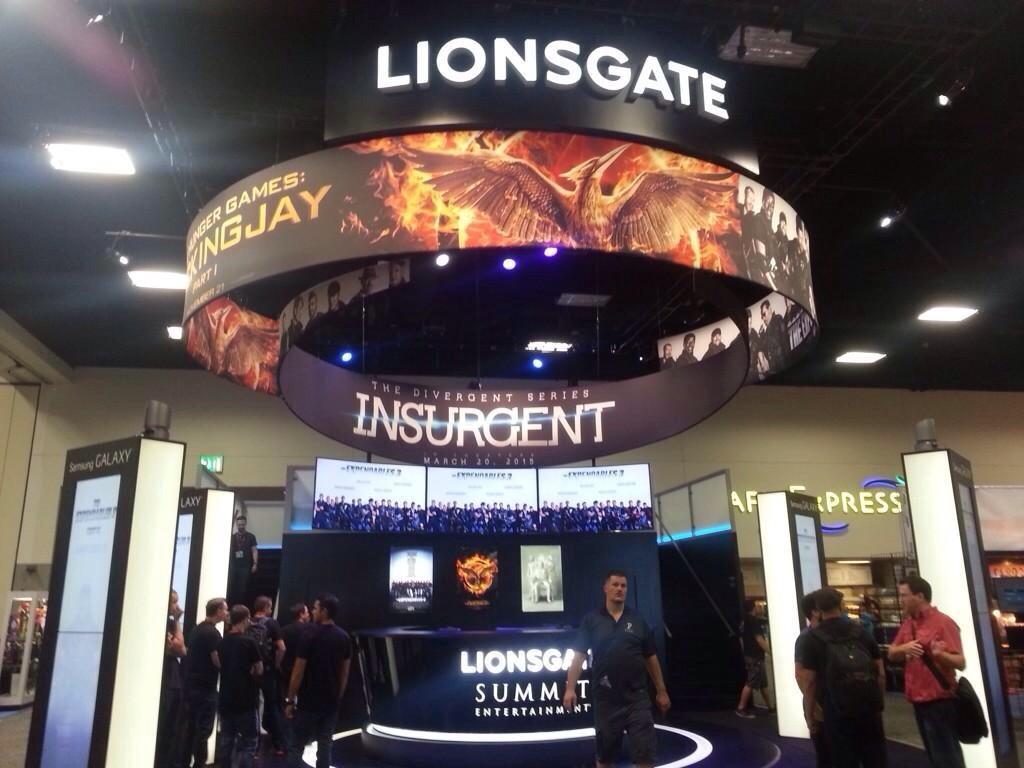 Mockingjay has arrived in style at SDCC 2014! During the preview night, convention-goers got a sneak peek at Lionsgate's setup, and shared some great photos via social media.

Lionsgate's booth is dedicated to Mockingjay Part 1, Insurgent, and Expendables 3. They also have an awesome 'Hall of Heroes' section, with Peeta and Johanna holograms, and peacekeepers!

Hypable are reporting that these tickets are being given out from the booth. Fans can view the trailer at the 'Capitol Gallery' in the Hard Rock Hotel at Midday PT on Friday, and also pick up the new official Mockingjay pin: 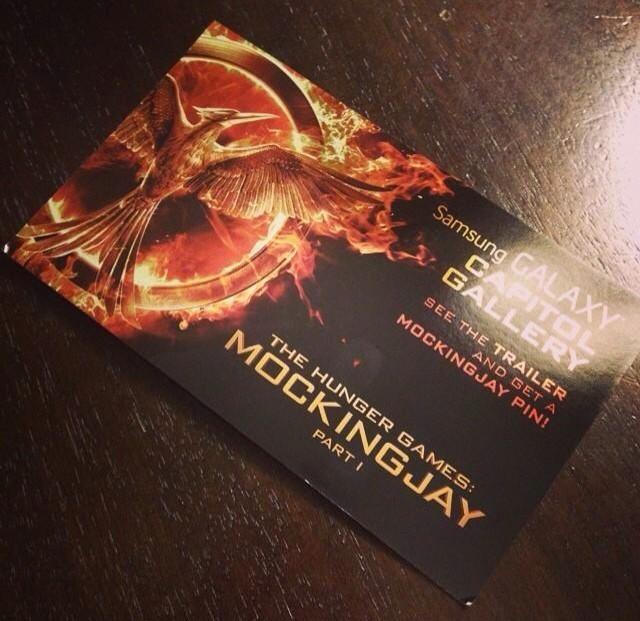 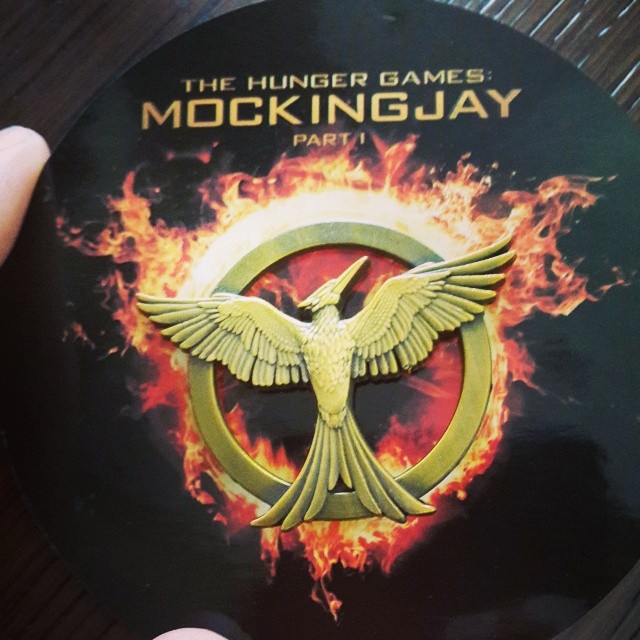 Check out some of the highlights below: 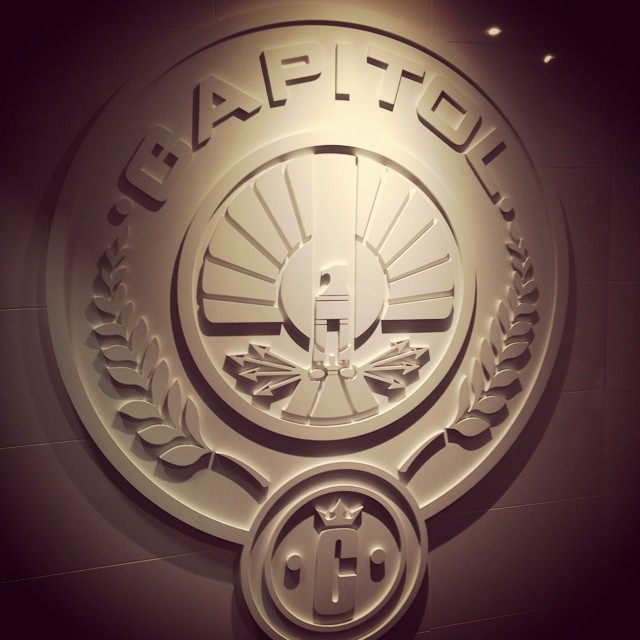 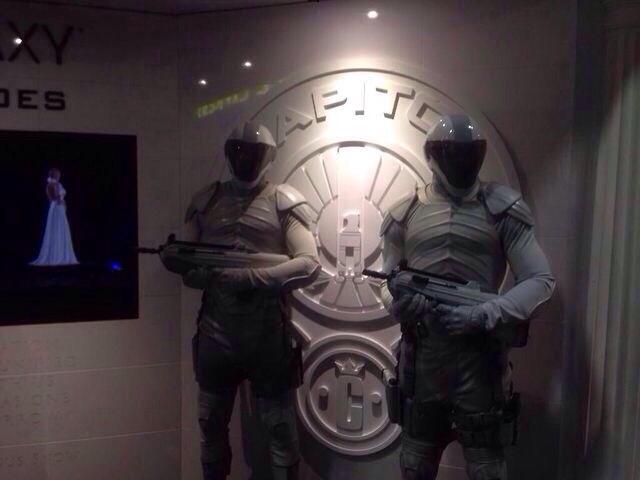 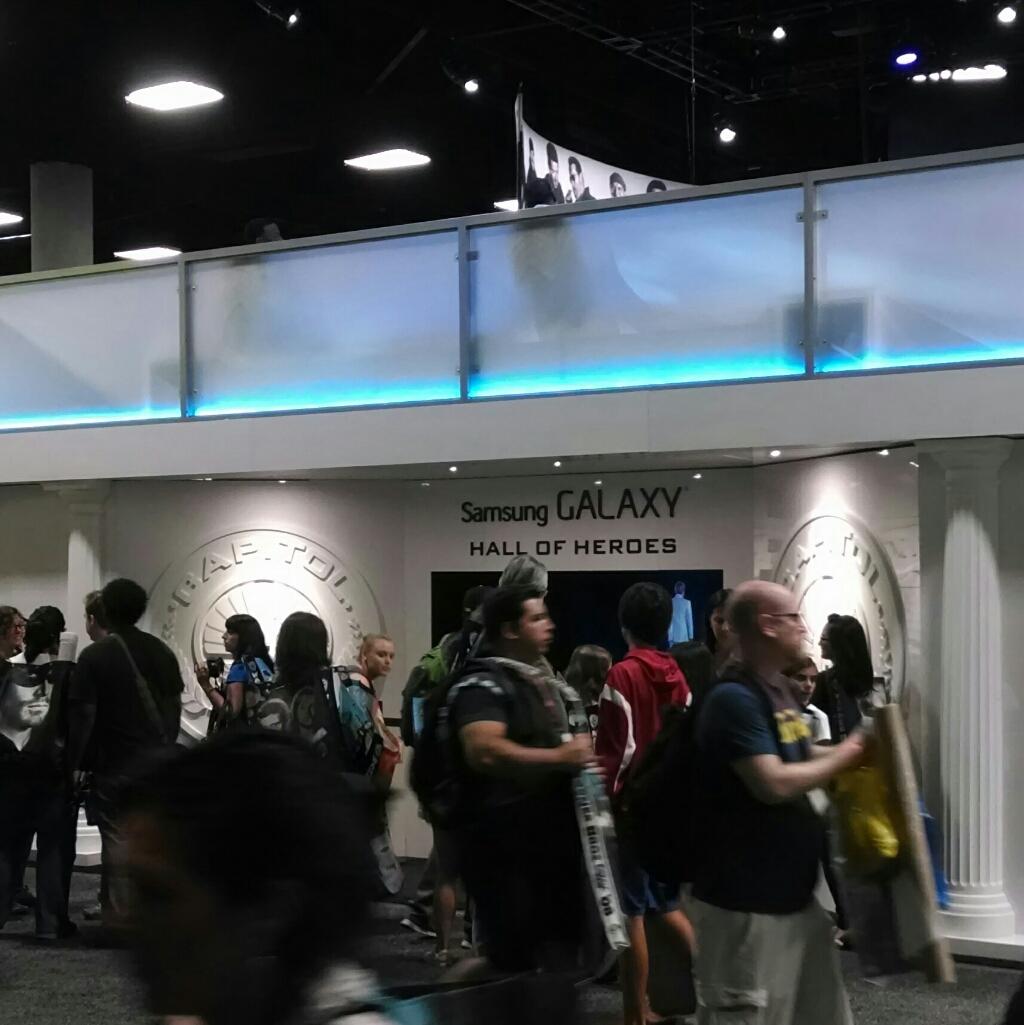 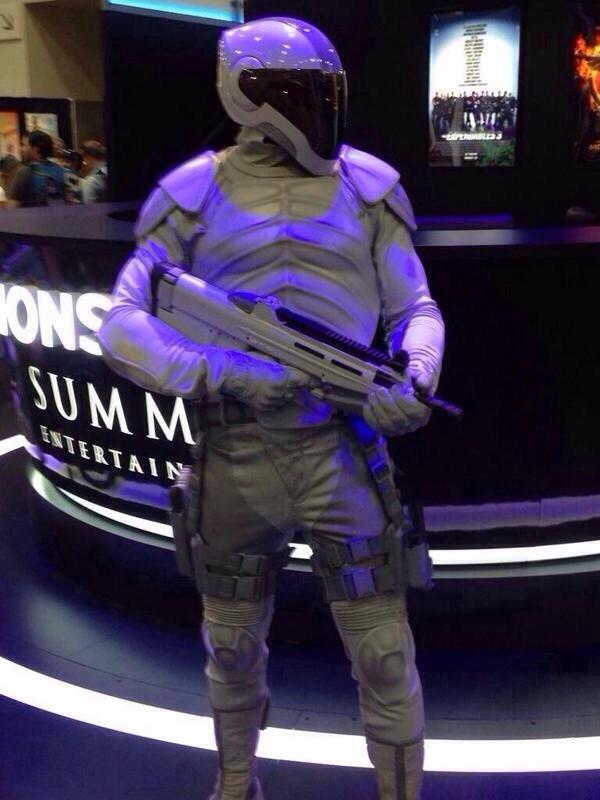 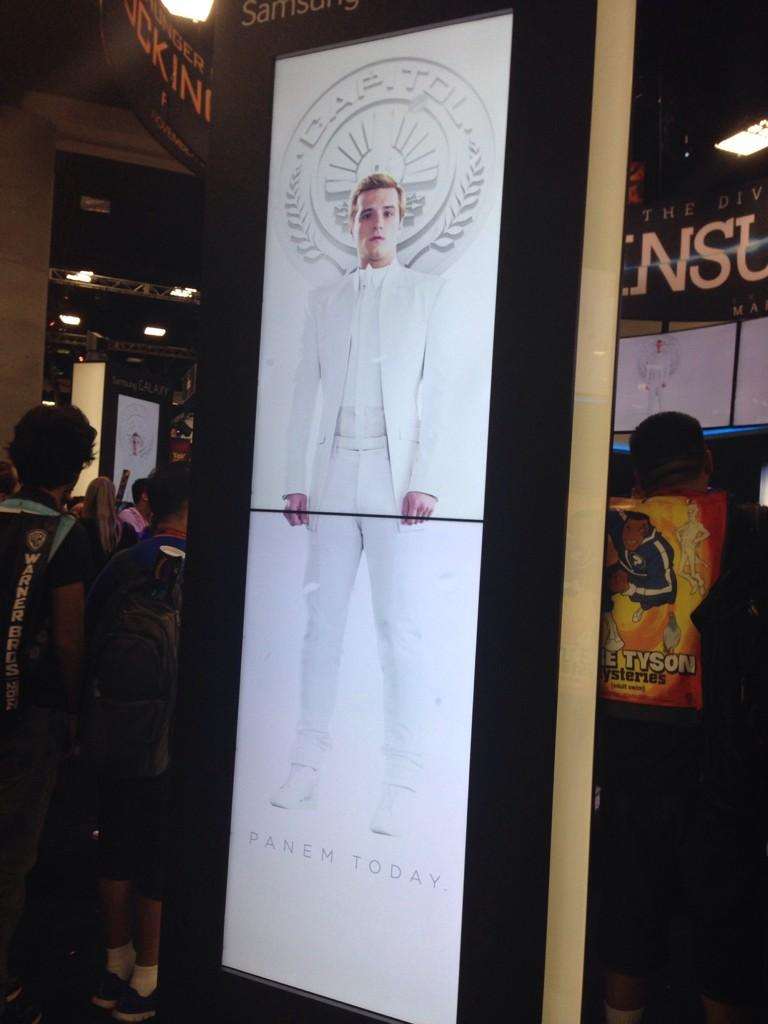 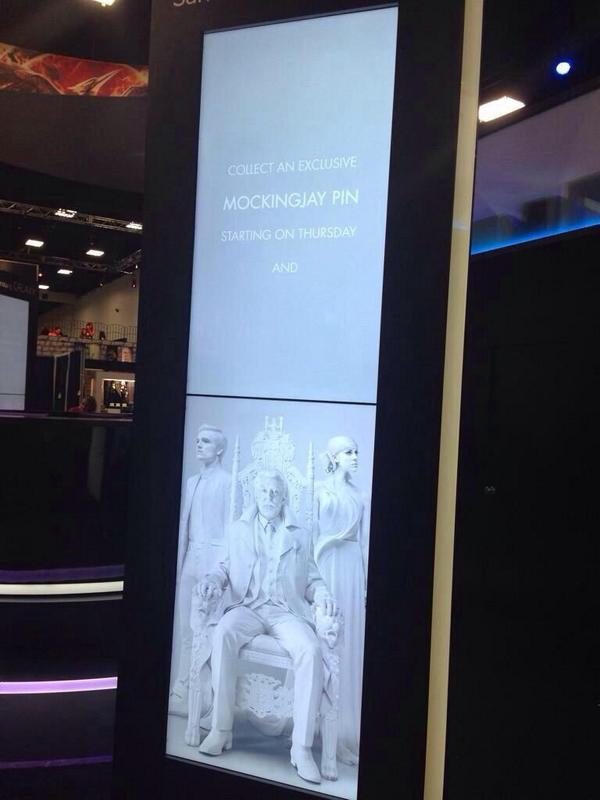 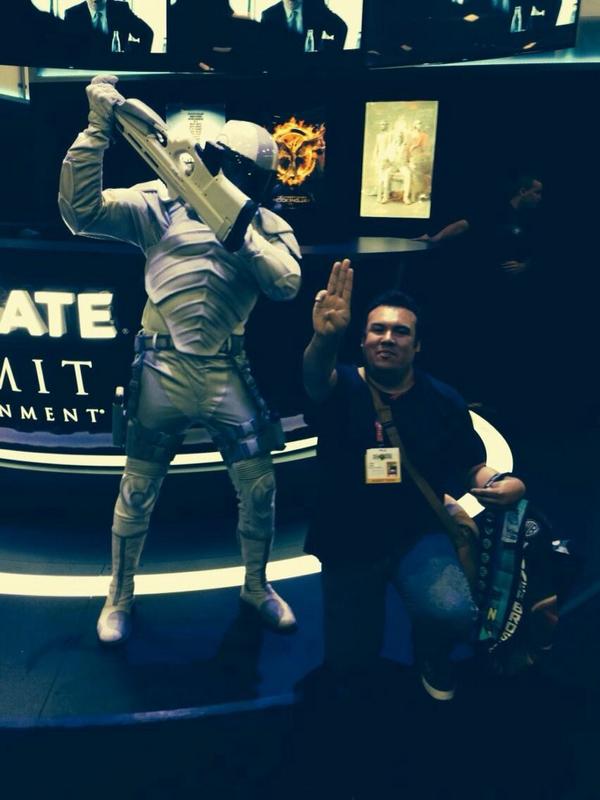 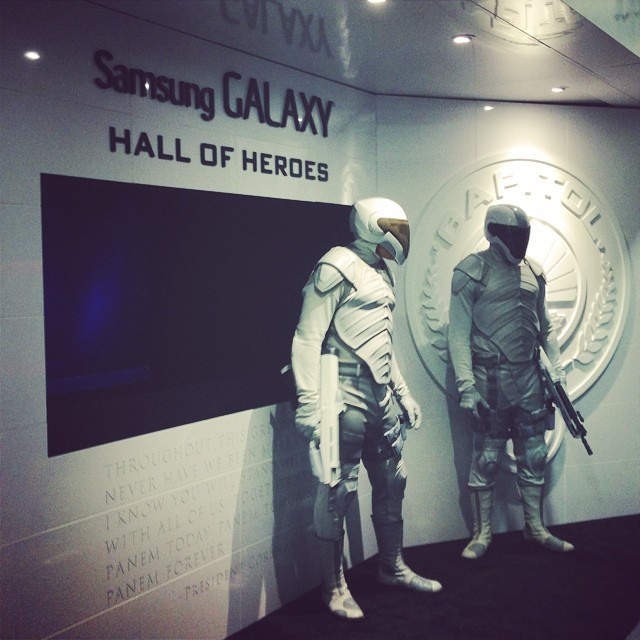 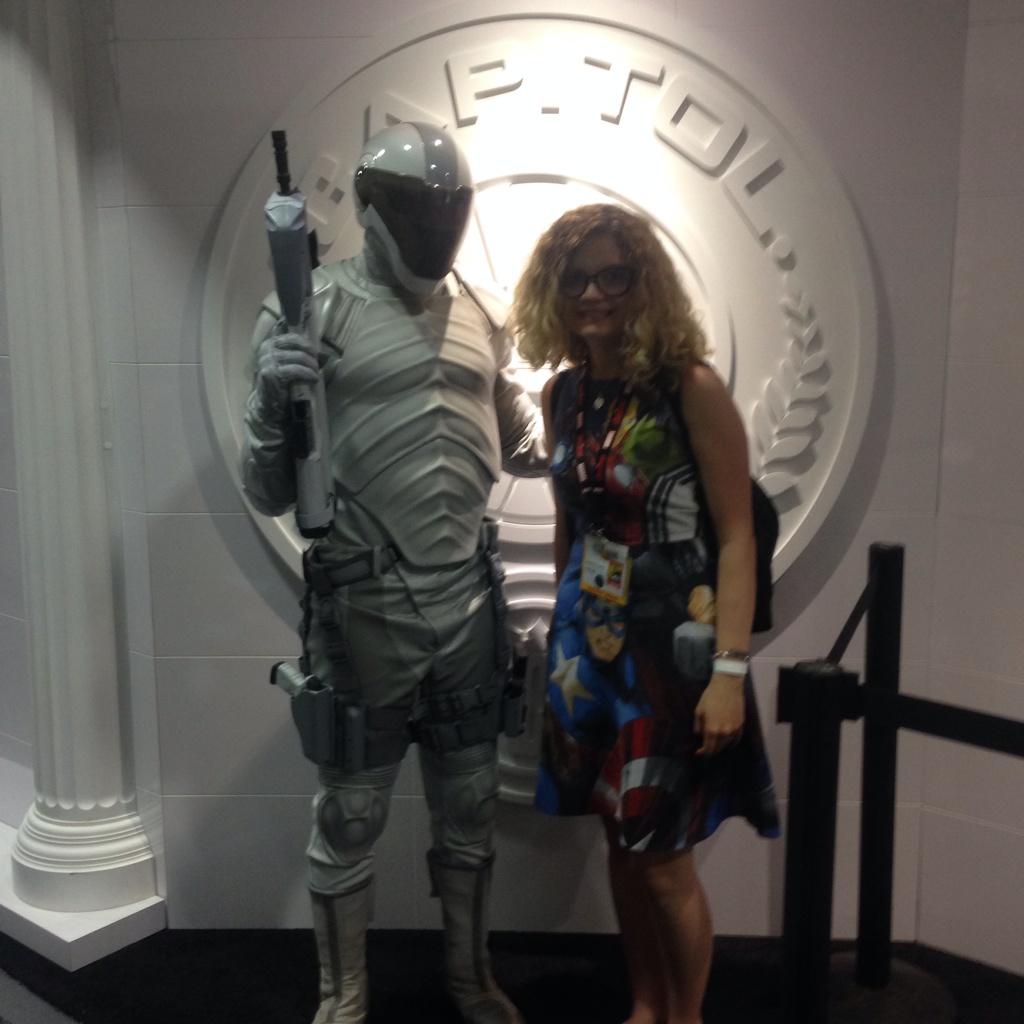 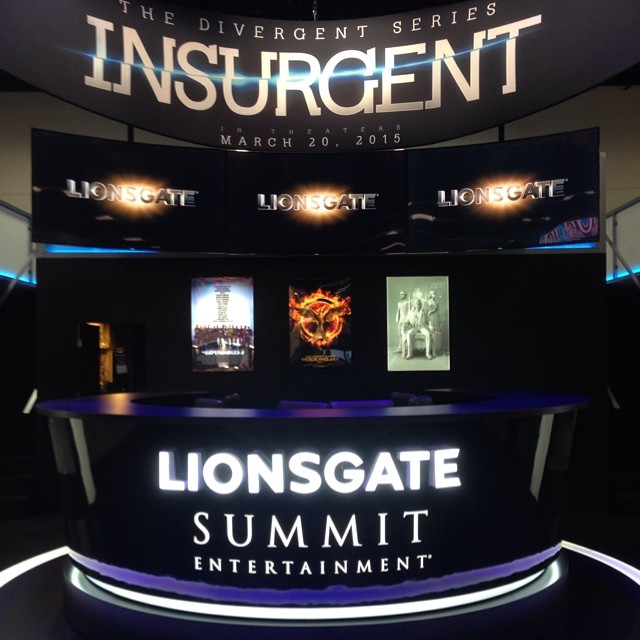 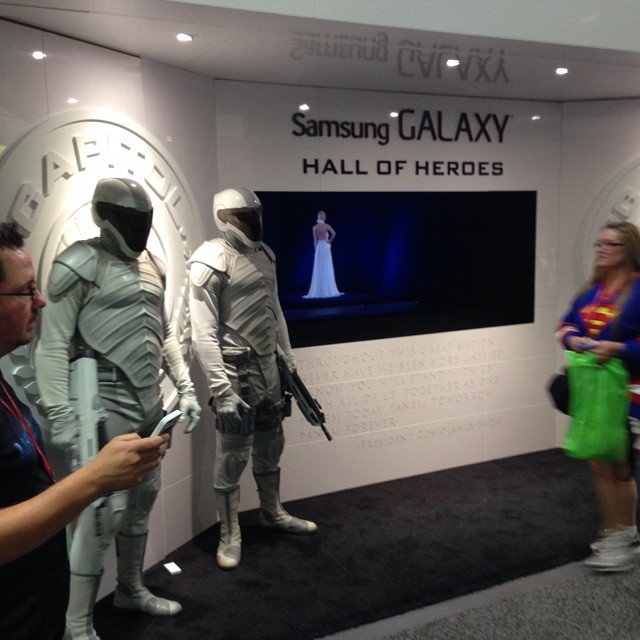 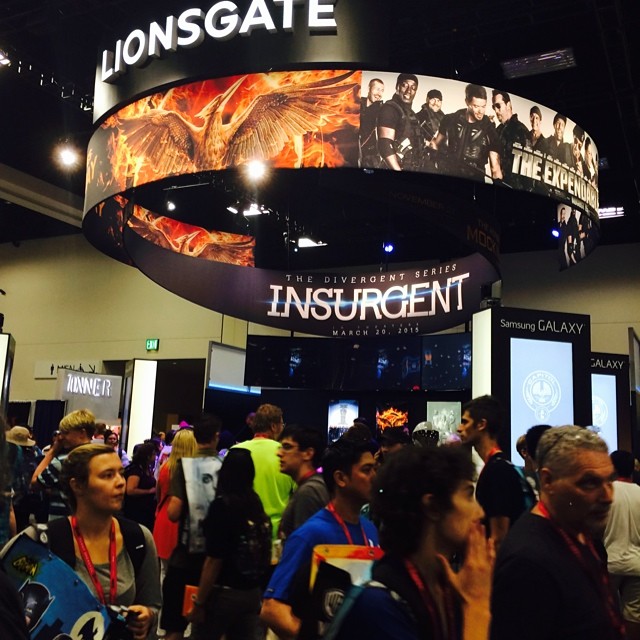 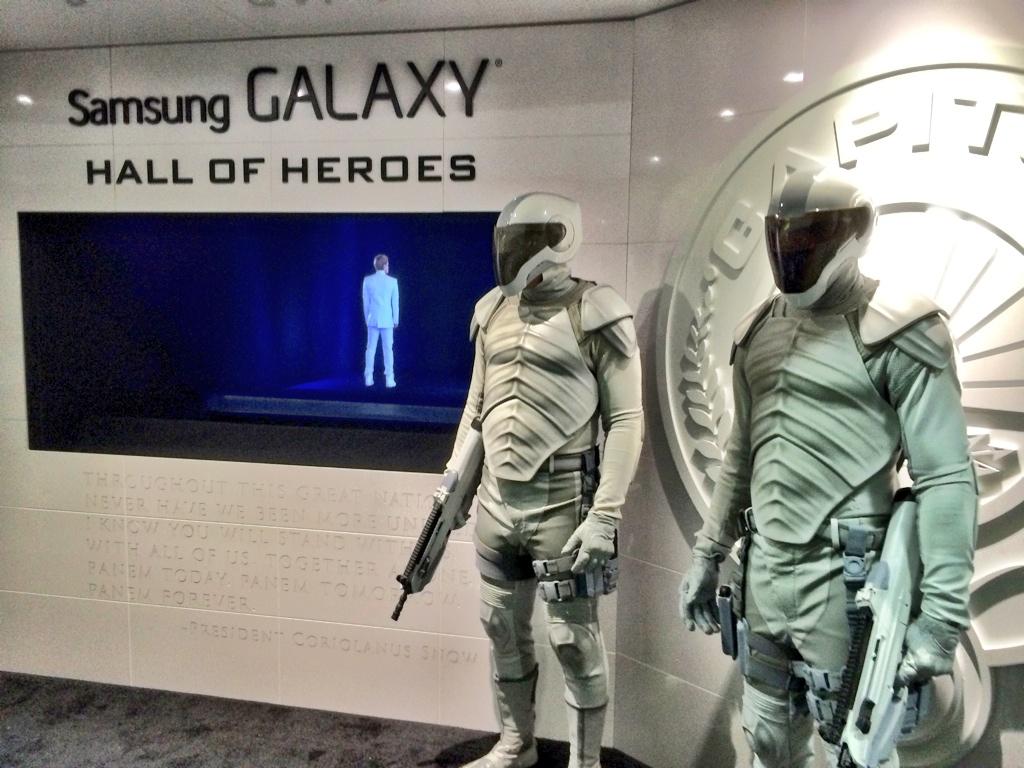