The rebels in District 13 have unlocked their fifth hack, this time featuring Peeta!

Head over the m.district13.co.in on your mobile device, and sync with TheCapitol.PN on your computer to unlock the new hack.

Tracing the highlighted dots from the desktop screen onto your mobile increases your progress towards unlocking, and once it reaches 100%, this video loop of Peeta is revealed:

This awesome piece of content has been unlocked on the desktop site. It's a script for one of Peeta's TV interviews with Caesar! (click to enlarge and read the image below): 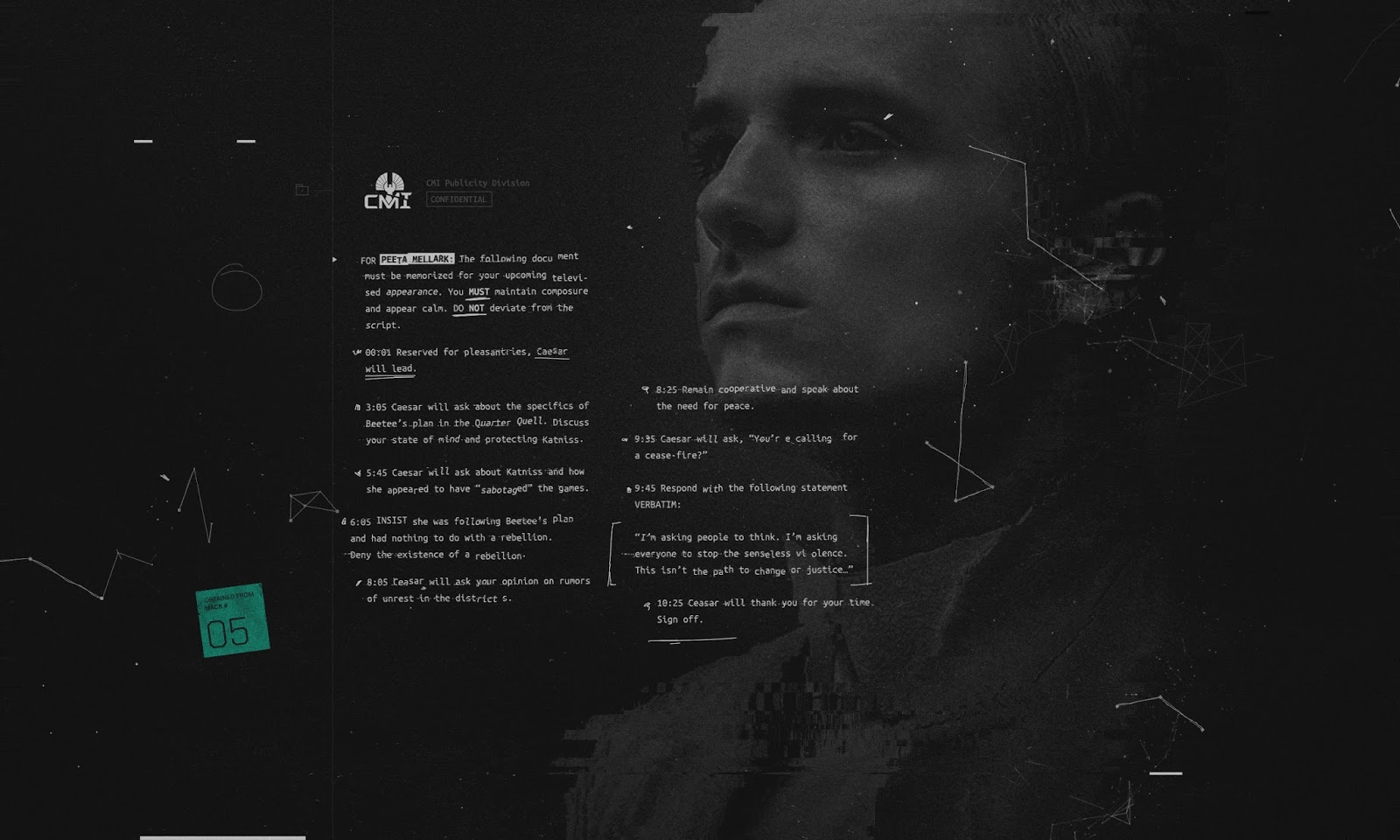 I'm asking people to think. I'm asking everyone to stop the senseless violence. This isn't the path to change or justice.