With just under 50 days to go until the theatrical release of Mockingjay - Part 1, we can finally say that the London red carpet premiere will serve as the film's World Premiere and that it is planned to take place on Monday, November 10.

The news comes from ODEON Cinemas, whose flagship theatre in London's Leicester Square is the quintessential location for film premieres in London - they hosted the Catching Fire world premiere on that same day last November. We will be very surprised if the cinema does not host the Mockingjay - Part 1 premiere...

Also, for UK fans, Waterstones bookstores as part of the #ReadMockingjay campaign that has been running these past couple of days promoting the new "Rebel Editions" of the Hunger Games book trilogy, are offering a chance to win tickets to the premiere. The competition is only running in select stores - click here for the participating stores list and also the full terms and conditions. 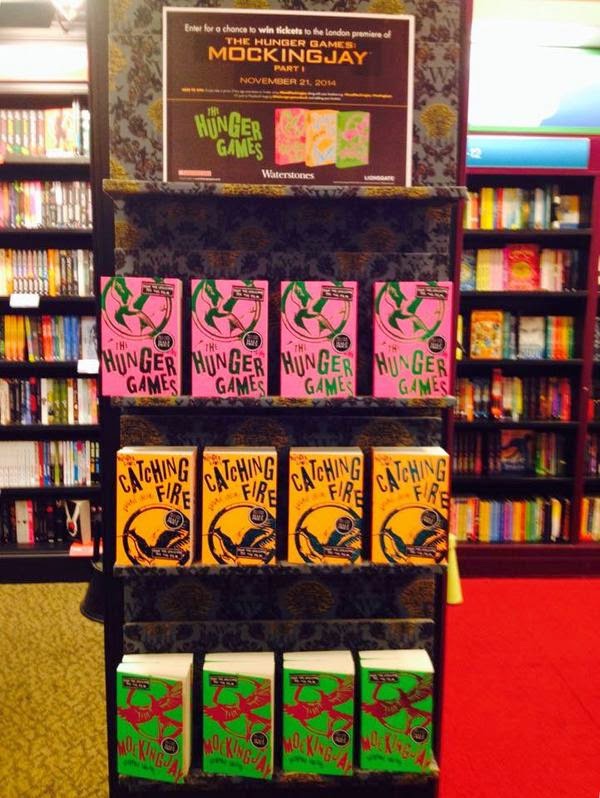 Currently there have been confirmed to be two other Mockingjay premieres, in Los Angeles (unconfirmed date November 17) and in New York (date TBA). Berlin, in lieu of a premiere, will host a special advance screening of the film at one of the filming locations on the evening of the London premiere, with the red carpet being livestreamed prior to the film. Lionsgate are yet to make an announcement regarding any of the premiere events planned to take place, and stay tuned as there will be lots of other opportunities to win tickets coming soon.