Posted by Admin on Monday, October 27, 2014
Empire Magazine have an awesome cover feature for Mockingjay - Part 1 in their December issue, including new interviews and details from the cast.

On the cover is an awesome full-body shot of Katniss in Mockingjay mode. Click to enlarge the subscriber cover (left) and the regular cover (right): 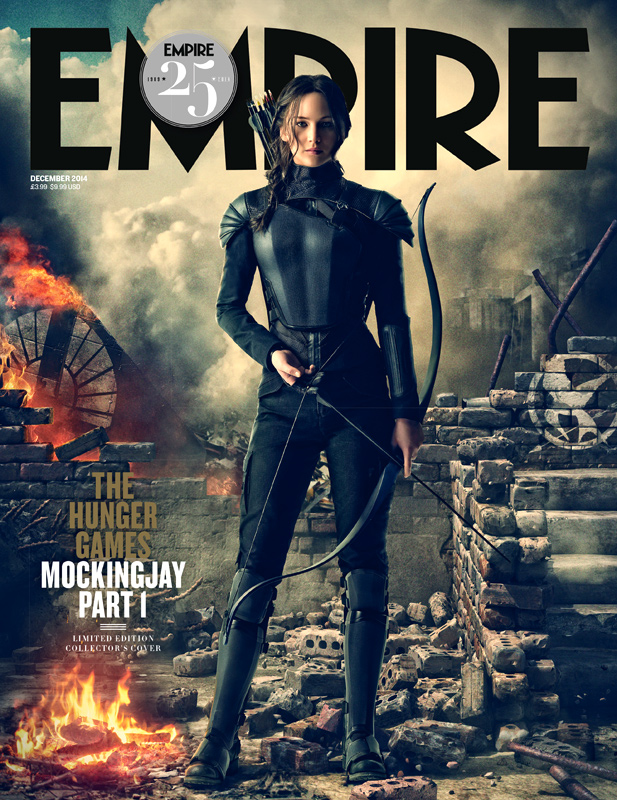 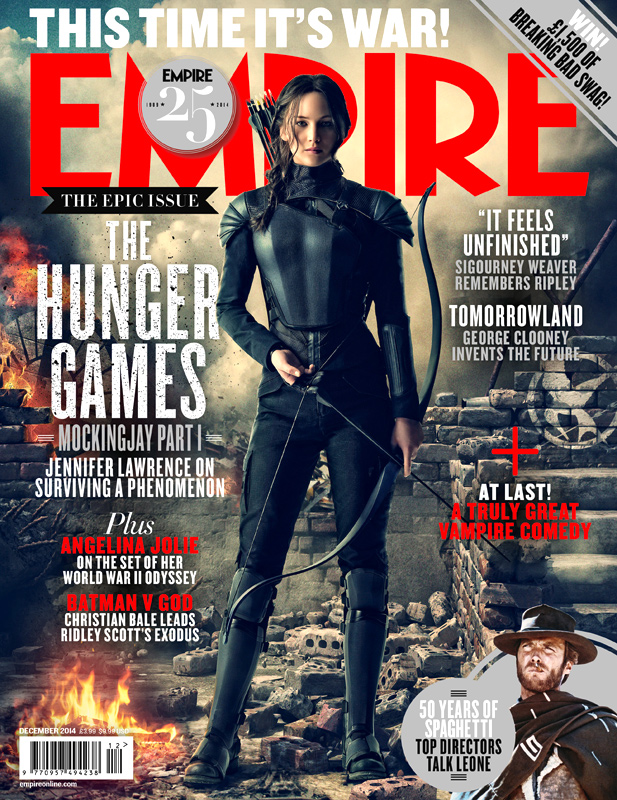 The feature also has a bunch of new stills! Stay tuned, we'll update with the HQ stills and more details from the article when we get them.

The magazine should be available both digitally and on newsstands this Thursday.