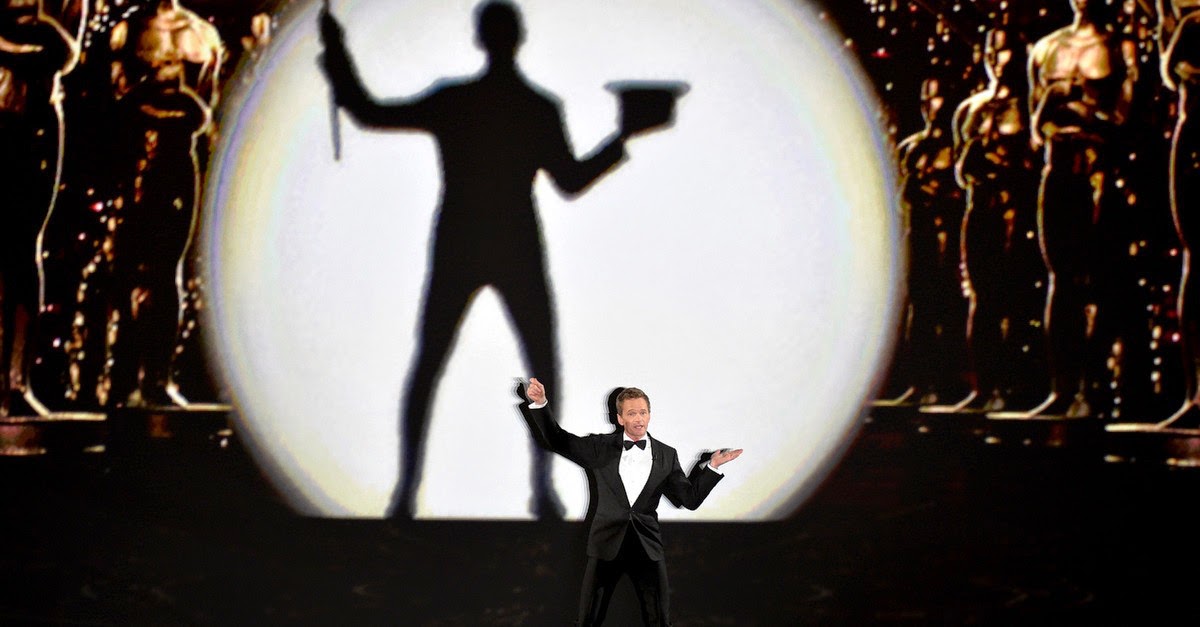 Last night, awards season came to a close with the 87th Oscars. Mockingjay unfortunately, rather expectedly, wasn't nominated, but didn't mean that none of our cast had anything to do with what went down last night...

First off, on the red carpet, our Peeta, presenter Josh Hutcherson, confirmed to E!'s Ryan Seacrest that he indeed will be coming back as Peeta - they have a "few more days of shooting left to pick up this summer", of course referring to the highly anticipated epilogue sequence. See the interview below:


Next up, Katniss actually made an appearance during host Neil Patrick Harris' opening number! See his performance below (look out for Katniss at 2:40) and in case the video goes down (AMPAS are yet to officially upload clips from the ceremony), here's a screencap of Katniss: 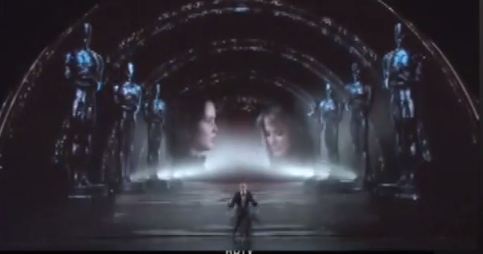 And Josh, of course, was introduced on stage to introduce Rita Ora's performance of Best Original Song nominee Grateful from Beyond the Lights to the tune of The Hanging Tree - see his stint as presenter below:

And to close things off with a bang, our President Coin, Julianne Moore, took home her first Oscar - the Best Actress award for her performance in Still Alice! Congratulations to her for her terrific success this awards season, and we are very proud to have one more Oscar winner amongst the cast!

Other winners from the night included Eddie Redmayne, J.K. Simmons and Patricia Arquette taking home awards for Best Actor, Supporting Actor and Supporting Actress respectively; and in an unexpected turn of events, Alejandro González Iñárritu's Birdman taking the Best Director and Best Picture Oscars, the awards that Richard Linklater's Boyhood was sure to receive, according to the pundits.

Now, on to the finishing stretch of the Part 1 DVD/Blu-ray release...
Posted by antovolk on Monday, February 23, 2015 0 comments