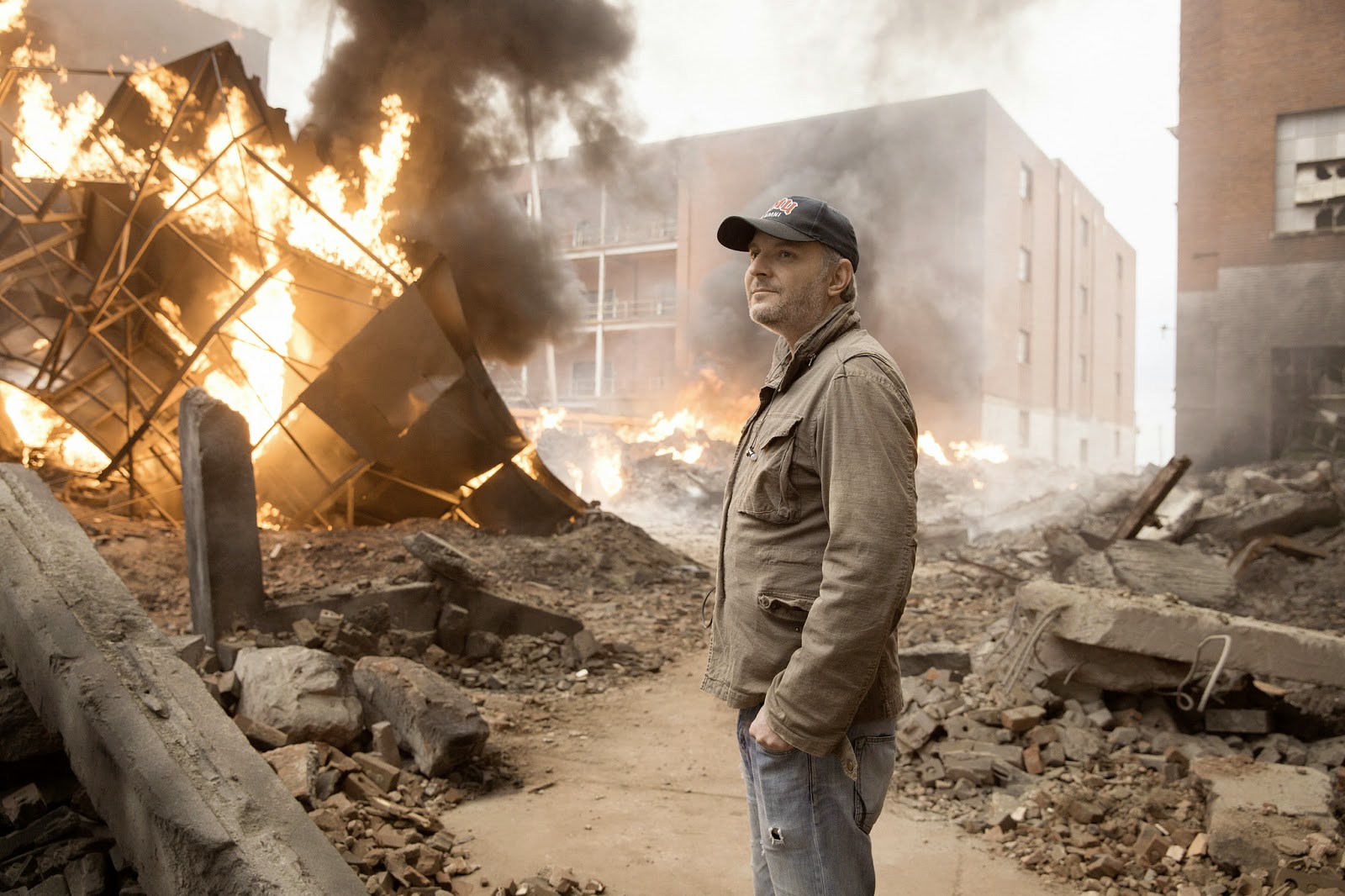 What a way to celebrate a birthday!

The National Association of Theatre Owners have announced today that Catching Fire and Mockingjay - Parts 1 & 2 director Francis Lawrence will receive this year's CinemaCon 'Director of the Year' award.

Mitch Neuhauser, the Managing Director of CinemaCon, said in the official press release:

"Since making his feature film debut ten years ago, Francis Lawrence has mesmerized moviegoing audiences with his own unique and inventive style," noted Neuhauser. "A true visionary, Lawrence is sure to captivate audiences next fall when ‘The Hunger Games: Mockingjay – Part 2,’ the eagerly anticipated finale of the box-office franchise, hits our theaters. We couldn’t think of a more deserving director and are thrilled to be honoring him with the ‘CinemaCon® Director of the Year Award.’"


Francis will be presented with the award during the CinemaCon Big Screen Achievement Awards ceremony on the final day of CinemaCon, which takes place at the Ceasar's Palace hotel in Las Vegas from April 20-23. He will be the second person to receive the award, the first being Fast and Furious 3-6 helmer Justin Lin, who is currently preparing to direct Star Trek 3.

And that's not it - our Effie, Elizabeth Banks, will also receive a 'Breakthrough Filmmaker of the Year' award at CinemaCon for her highly-anticipated directorial debut, Pitch Perfect 2.

"One of Hollywood’s most versatile actresses and a force to be reckoned with behind the scenes at Brownstone Productions, Elizabeth Banks draws some of her cast’s finest performances to date as she helms "Pitch Perfect 2," noted Neuhauser. "Elizabeth is already a well-deserving CinemaCon honoree for her talents as a performer, and we could not be more excited to honor her as the ’CinemaCon Breakthrough Filmmaker of the Year’ as she makes the transition behind the camera to direct her first feature.’"


Lionsgate held a presentation at the theatre owners convention in 2013, where Francis, Liam Hemsworth and Elizabeth Banks presented the Catching Fire teaser trailer for the first time on the big screen since its TV and online debut at the MTV Movie Awards earlier that month. Although Lionsgate didn't hold a presentation at the event last year, and the final yet-unannounced studio presentation and screening spot on this year's schedule is likely to go to Disney, we won't be surprised if the first trailer for Mockingjay - Part 2 makes its debut at the event somehow ahead of its planned but to-be-confirmed theatrical debut later that week with Lionsgate's Age of Adaline in the U.S. (and Marvel's Avengers: Age of Ultron overseas).

Our congratulations to Francis and Elizabeth on these fantastic achievements, and here's to an epic final year for the Hunger Games franchise!
Posted by antovolk on Thursday, March 26, 2015 0 comments