As I'm sure many of you guys know, Mockingjay Part 1 is releasing on DVD and Blu-ray here in the UK next Monday (March 16th), and we can't wait!

Lionsgate UK have launched some awesome new online promotions to build-up to the release.

On the official Facebook page, fans can create their own personalised poster image, inspired by the previously released rebel posters. See an example below: 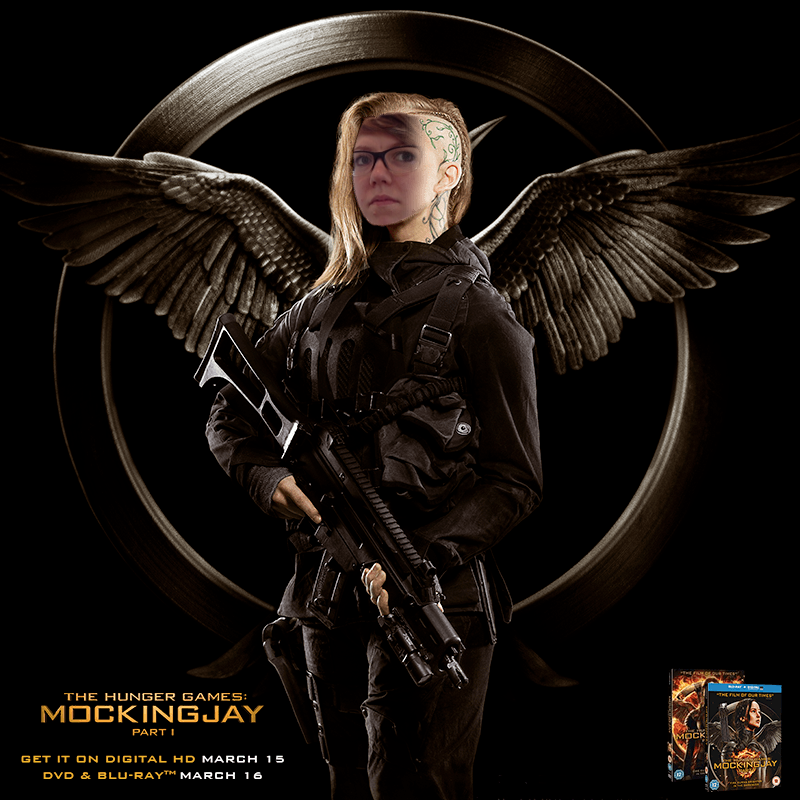 Head over to Facebook and try it for yourself!

In addition to this, a fantastic new official Tumblr blog has launched, featuring a series of videos and images recapping the story of The Hunger Games so far. Click here to check it out.

Finally, @HungerGamesUK on Twitter are running a live tweet promotion, celebrating the digital release of Mockingjay Part 1 on March 15th, including the first two movies as well. 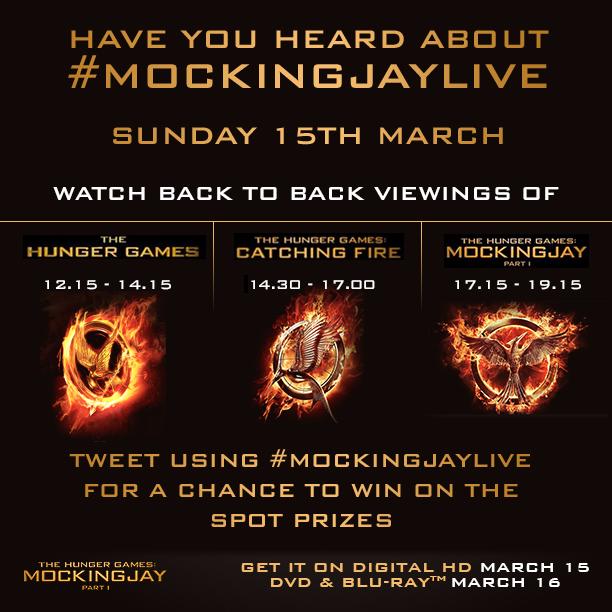 Tweet along using the hashtag #MockingjayLive at the times below (GMT) for a chance to win prizes!

You can pre-order the movie on iTunes now ready for the live tweet.

See all of the available physical versions using the links below from Amazon, and be sure to pre-order your copy ready for the release on March 16th: 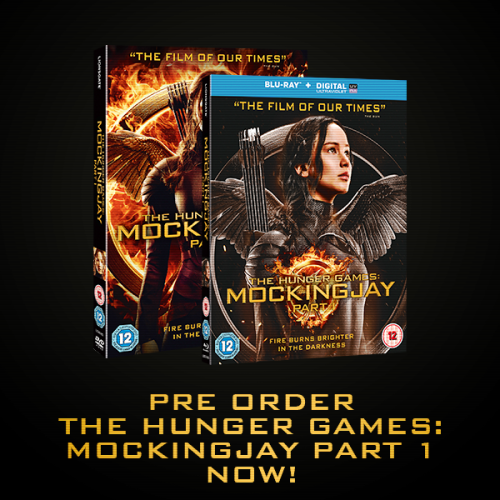