UPDATE: Click here to check out the full list of all the billboard locations with official images of each, thanks to MTV.

Countless times throughout the movies, we’ve seen the citizens of Panem use the salute to lend their silent support to Katniss. That’s why it’s only fitting that “Hunger Games” fans worldwide can unite today around brand new billboards featuring a mash-up of people of different genders, races and ages offering their own salute. The pictures include people from ages 8 to 80, from all over the world, offering their tribute to the worldwide phenomenon.

Several international distributors have been teasing some fan events taking place in Milan, Mexico City and Rio de Janeiro today - and now we know why! Lionsgate have unveiled new revolution-themed billboards for Mockingjay - Part 2 in 18 countries across the world, with fan gatherings at some of the locations, to celebrate the start of the build up to the final Hunger Games film!

The billboards, designed by none other than Tim Palen, feature the iconic three-finger salute from the films and the text UNITE: The Revolution Is About All Of Us.

Click here to take a look at our interactive map for the latest locations.

Check out photos of the billboard in different locations below: 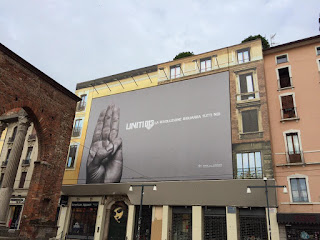 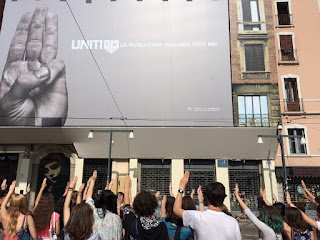 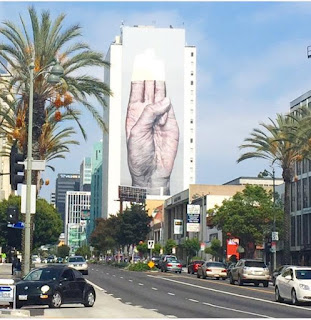 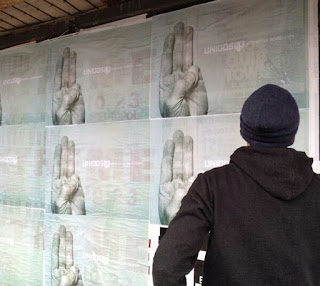 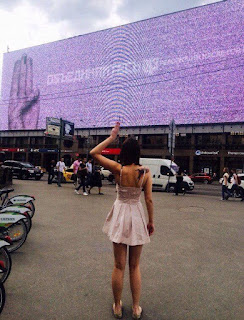 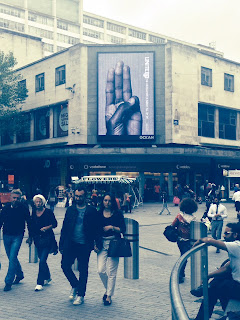 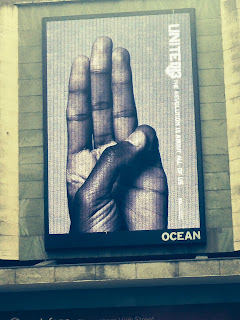 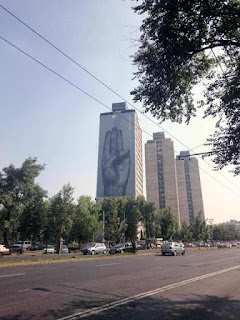 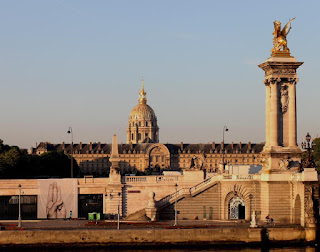 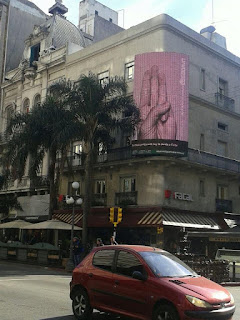 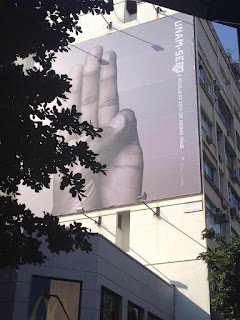 Keep your eyes peeled for the billboard popping up in your cities and let us know if you spot one we haven't included here - and check the exact locations on our interactive map! We also won't be surprised if Revolution.PN has its full launch today....