Posted by antovolk on Wednesday, September 30, 2015
Ahead of tomorrow's ticket sales opening and next week's final trailer launch, Lionsgate have debuted the stunning final poster for The Hunger Games: Mockingjay - Part 2. Without further ado, check it out below: 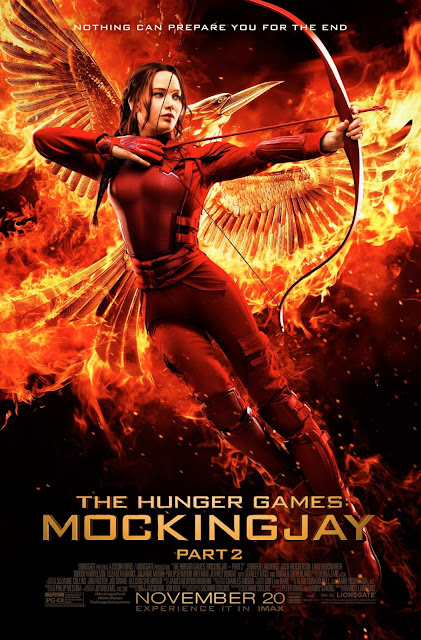 We will update with a UHQ download when it's available! In the meantime, check out the final poster side by side with the previous three films' final posters:

We are expecting one more IMAX-specific poster to land closer to the film's release.

Tickets for Mockingjay - Part 2 go on sale across the world tomorrow. The UK ticket sale will begin around 8-9am BST tomorrow morning, with 2D, 3D and IMAX 3D shows available starting November 19. Cineworld Cinemas will also be running a double feature of the two Mockingjay films the day before on November 18. The U.S. ticket sale goes live at 9am Pacific/12pm Eastern at Fandango and MovieTickets, and cinemas across the country will also hold a double Mockingjay feature on the 18th.

Let us know what you think of the poster!