Posted by antovolk on Wednesday, September 16, 2015

Ahead of a new promo trailer debuting on Good Morning America, Lionsgate have released a new theatrical poster, dubbed The Mockingjay Poster, for Mockingjay - Part 2. Check is out in all its glory below (via Jennifer Lawrence's Facebook): 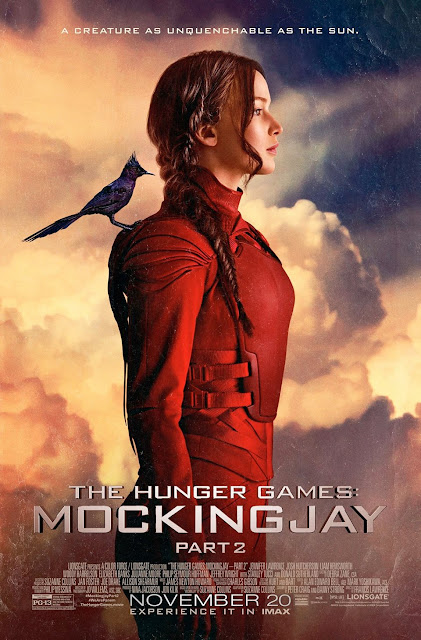 This poster however is not the film's final poster (which usually features Katniss and the flaming Mockingjay logo), it's this year's equivalent of the more fan/book reader-oriented poster released for Catching Fire! 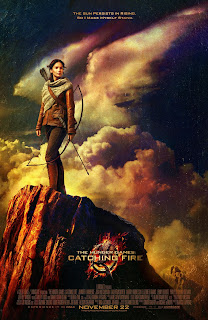 The post releasing the poster also reveals that tickets for the film will go on sale Thursday, October 1st. While this date is for the U.S. ticket release, expect other major territories such as the UK to start ticket sales on the same day too.

The US ticket sale begins at 12pm EST/9am PST. Buy tickets in the first 24 hours to receive a bonus digital download of Mockingjay Part 1!

Lionsgate have also informed us that there will be a Mockingjay Double Feature in U.S. theatres - including IMAX (the first time Mockingjay - Part 1 will be screened in IMAX theatres - via DWTC) November 18. Per the studio:

THE HUNGER GAMES DOUBLE FEATURE will be a premium experience including exclusive on-screen content and premium giveaways, allowing moviegoers to see THE HUNGER GAMES: MOCKINGJAY PART 2 a full 24 hours ahead of Thursday’s advance shows.


We hope this happens in other territories too....reach out to your local distributor to ask! As for the US, unfortunately there won't be 4-film marathons...

Let us know what you think of the new poster and stay tuned...
Posted by antovolk on Wednesday, September 16, 2015 0 comments